On June 24th we arrived in Reykjavik, Iceland for an overnight visit.  Luckily for me the 24th was the day of the Midnight Sun Run in Reykjavik.  This provided me with a great opportunity to do something really cool, run a race in another country!  After researching the race on the internet and finishing up some work on the ship I headed out to look for the race.  Fortunately for me, the map that I picked up when I got off the ship was great for helping me to find the location of the race.  After about a half an hour of walking I arrived at the correct location and registered for the race.  There were three options, 5k, 10k. and 21k (half marathon).  I chose to do the half marathon.  After registering I walked back to the ship and finished up my work for the night.  Around 7:15pm I headed to the mess for a pre-race meal.  While at dinner I was asked if I was going out for the night.  I said yes, but did not mention that I would be running a half marathon.  It's funny to think how I was eating a pre-race meal while my co-workers had no clue as to what I was about to do.

After dinner I went to my room and prepared myself for the race.  I stuffed my pack with some clothing (and my camera) and put on all my racing gear, including my racing flats, my race bib, my RIT singlet, and my timing chip.  Once everything was in order I exited the ship and started running to the race location.  Fortunately my legs felt really good!  In addition, the weather was near perfect (overcast and cool).

Just before 9:20pm we amassed ourselves at the starting line.  At this point they brought out a bunch of pace signs so that people could line up according to the paces they were trying to run.  I stood there trying to figure out what the times were.  Were they finish times, mile paces, or what?  Eventually I decided that they must be paces in units of min/km.  Fortunately the pace signs weren't super critical for me as I just picked out a spot at the front.

Once the runners were organized and the starting signal was sounded, we sprung off the starting line and bounded up a slight incline.  I very quickly found myself in the lead and before too long it was just me and the pace bike.  Since my last two races have been on trails and I haven't been doing  a lot of fast stuff in my training, I really didn't know what I was capable of.  Fortunately my body felt quite strong and I just kept plugging along at a pretty steady effort and pace.  I passed a marker with a 3.  I glanced at my watch, I was about 9 minutes and 12 seconds into the race.  3k in just over 9 min….that can't be right, I thought.  Or could it?  A few minutes later I passed the number 5.  Check the watch…16:20ish.  That seemed about right.  At this point I crossed a bridge and ran along a body of water.  We were gradually climbing.  A beutifull mountain range came into view.  Run for the mountains, I thought to myself.  I passed a field of magnificent horses (earlier I had passed a field of rather large rabbits…strange).  Around 9.5k we seemed to reach a relative high point in the course.  Around this time is when I started to get some pretty good downhill sections.    Use the downhill I thought to myself.  Make up some time.  I kept checking splits even though I wasn't sure how accurate the markings were.  I got to 15k in just under 51minutes.  That was a good sign!   I kept pushing.  I wind-milled my arms on downhills and continued to push the envelope.  Within the last few kilometers I was tired, but not completely tanked.  I could still push, and so I did.  I really wanted to be under 71 minutes (last year at the Harrisburg half marathon I ran 70:50 on a very flat course).  The clock and fans came into view.   Could I break 71 (one day I would like to go much faster than 71, but for now, under these circumstances, sub 71 is ok)?  I put it into over drive and powered down the homestretch.  The finish tape was waiting for me.  I threw up my arms and hit the tape in 70:55.  I did it.  I nearly broke my PR in a half marathon that I didn't really train for.  I mean, I trained, but not specifically for this race.   Basically I just did a lot of running, biking, and swimming over the past several months.  I got myself really strong but didn't do too much fast stuff.  And there was no tapering…heck I have been running up and down mountains nearly every day for the past week.

This style of training and racing is something that I have come to love.  You might call it beast mode training.  You just do a ton of stuff that makes you strong and then go out and race whatever, whenever, and wherever you want.  You can race the track, the road, the trail, even a triathlon.  You might even race twice in one weekend…or twice in the same day (Time Getz style).

And for those wondering about the payback, I'll give you the low down.  The most I have ever won racing in the US has been about $100, a free pair of shoes, etc.  Here in Iceland, however, I walked away with 55 grand worth of prizes.  Now before you get too excited, this was 55,000 Icelandic Krona and it came in the form of vouchers / gift certificates.  I got a gift certificate for and Icelandic Running store that was worth 10,000 Icelandic Krona.  In addition to that I got free admission to another race (I think it's a marathon).  And to top it  all off they gave me a plane voucher for Iceland Air that is worth 45,000 Krona (about $380).  Fortunately I went out for a run the next morning and found the running store.  Hence, I cashed in my gift certificate for a nice pair of running shorts / half tights and a pair of socks.

And oh yeah, after the race I ran across town and met a friend from the ship.  We walked around town till about 2am (it never got dark).  At that point I was starving so I bought a pizza and a coke.  My friend had one piece and I polished off the rest.  On a side note, Joel Witwer and Dave Kelbe from RIT were both in Reykjavik at the same time as me.  Unfortunately we never managed to meet up.  Oh well, maybe next time. 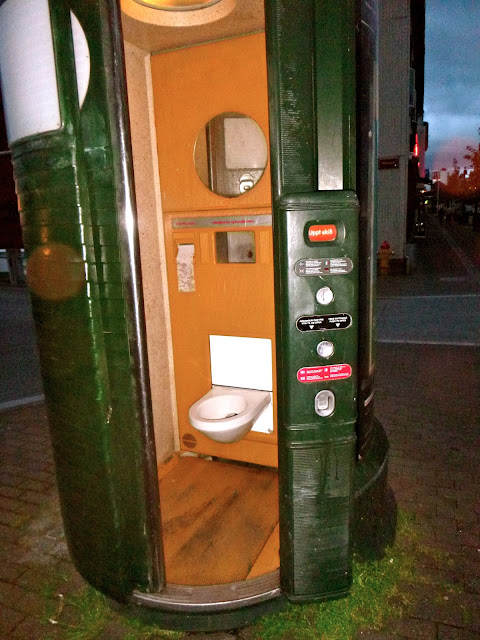 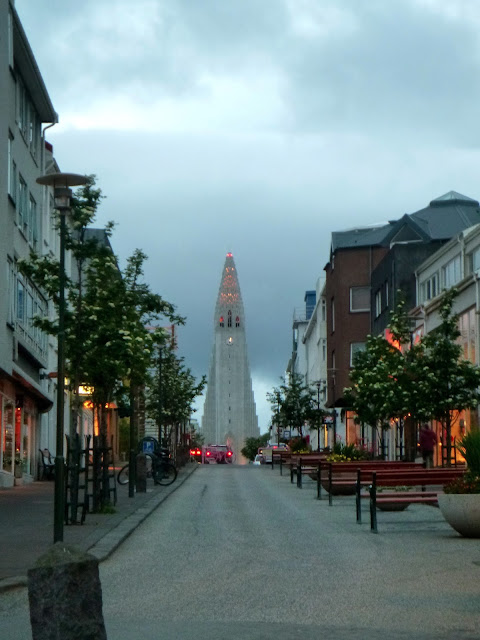 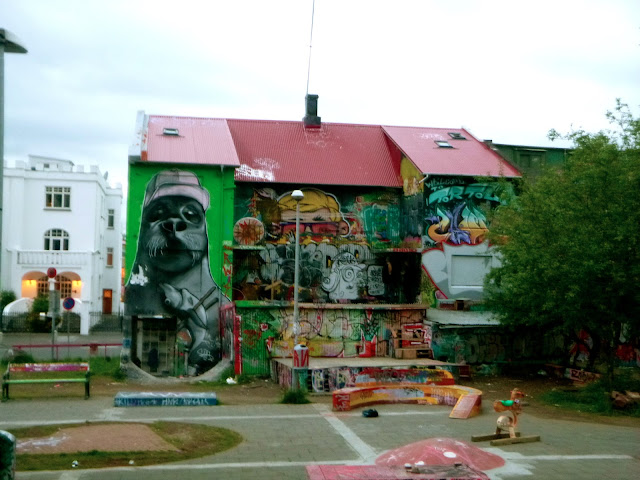 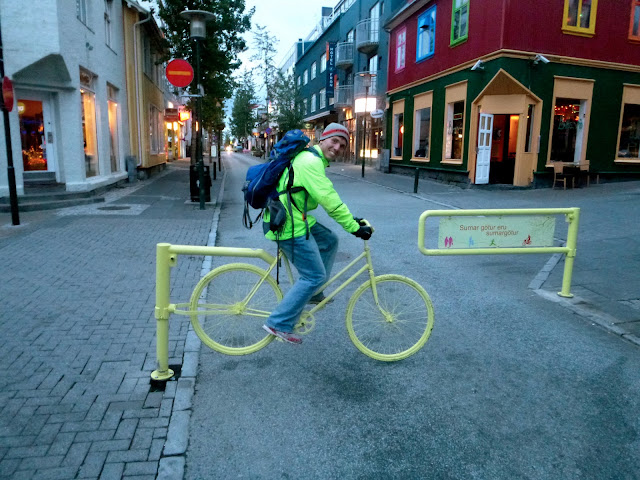 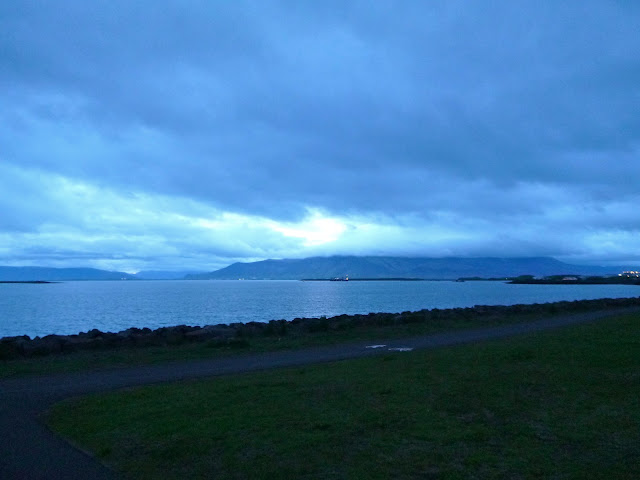